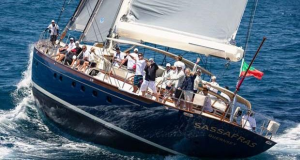 Entries to the regatta in the yachting heart of the Pacific are now being accepted in anticipation of next year’s event. Entries for the 2016 New Zealand Millennium Cup have officially opened alongside an announcement of an updated racing format. Raced over the 27, 28, 29 January in the emerald waters of the Bay of […]